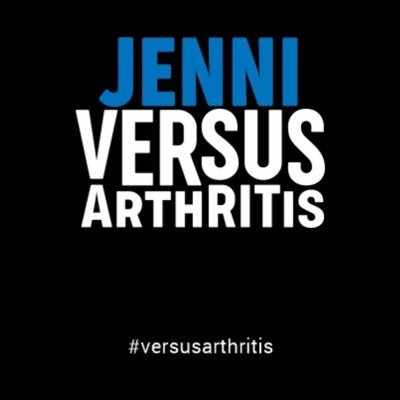 I am delighted and priveledged to be able to host this blog written by Jenni Ward (click here to follow her on twitter) a Physio with a real story to tell. I don’t want to detract from it by writing a long introduction but it is a great demonstration of the complexities of Rheumatology conditions and the effect it can have on someones life. Watch out for the second installment soon discussing how the diagnosis affects her management of her patients.

Take it away Jenni:

I was officially diagnosed with a Seronegative Inflammatory Arthritis when I was 18, but I had been experiencing symptoms since the age of 11 and under Rheumatology with a label of “something autoimmune… but we aren’t sure what” since I was 14. We have retrospectively called this Juvenile Idiopathic Arthritis (JIA) given that it started when I was 11 and we just weren’t entirely sure what to call it.

When I first started University, I had been experiencing on and off flares of my usually well controlled arthritis, which resulted in me starting my first disease modifying anti-rheumatic drug (DMARD), Hydroxychloroquine, two months after I had started uni. My biggest problem has always been stiffness and during these flares I would have up to four hours of early morning stiffness, compared to my usual 60 mins of stiffness. My joints settled down well on Hydroxychloroquine after only a few months. 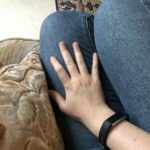 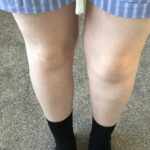 After about 9 months on Hydroxychloroquine, my immune system threw us a curve ball. I developed bilateral insertional Achilles tendinopathy, dactylitis of my little finger and three episodes of inflammatory back pain (alternating buttock pain, worse with rest, better with movement, fab response to NSAIDs). WAIT… WHAT? Now we were looking at a Spondyloarthritis, a sub-type of seronegative inflammatory arthritis that can affect the spine, entheses and peripheral joints. I had experienced only peripheral arthritis for 8 years and it had evolved into a Spondyloarthritis – though I have always had a stiff back and perhaps the regular use of NSAIDs had masked any back symptoms.

My Rheumatologist started me on Methotrexate, another DMARD but with mild immunosuppressive effects that has no real effect on spines, mainly because my inflammatory back pain episodes were short-lived, and my peripheral joint symptoms were my biggest issue – again stiffness, swelling, pain. Methotrexate helped settled everything back down with a big dose of steroids and everything was really good again.

My joints continued to flare on and off for another year and each time we would increase my Methotrexate dose until I couldn’t tolerate the nausea Methotrexate often brings. It got to the point that I struggled to eat for 3-4 days after each dose and by March 2017 I had more active arthritis with 10 swollen and 15 tender joints. My Rheumatologist decided to add a newer type of medication, collectively called Biologics. There are a few different types of Biologics but Anti-Tumour Necrosis Factor (Anti-TNF) are most commonly used as the first-line biologic. These inhibit a small part of the immune system that causes inflammation, aiming to prevent inflammation from occurring in the first place. I started on an Anti-TNF called Humira which worked very quickly resulting in no active arthritis in just 12 weeks. Unfortunately, I did experience a side effect which meant I had to stop Humira but it also meant we knew what class of medication worked for me.

I qualified in Summer 2017 and started work a few months later in MSK outpatients – my first rotation. By the time I started work, I had been off Humira for 2 months and all my joints had become active again. I was having to get up two hours earlier than needed so my joints wouldn’t be so stiff by the time I had to drive to work and I was relying on intramuscular steroids to tide me over until Humira was out of my system and I could start another Biologic. I was really lucky that my first rotation was in MSK because, looking back, I’m not sure the physical demands of working on the wards would have been possible. Virtually every peripheral joint was stiff, swollen or sore and I had a weird, but very problematic, combination of sternoclavicular and glenohumeral joint involvement on the same side! Good job that this was on my non-dominant side so most things were manageable.

Fatigue was also a big issue and wasn’t something that generally wasn’t much of an issue for me until this point compared to other people with inflammatory arthritis. I think my fatigue was a combination of this rip-roaring flare which was making me get up so much earlier than normal, and just starting my first job. 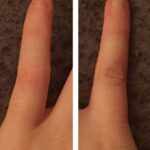 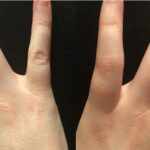 I started my second Anti-TNF, Benepali, after my first month at work. Like Humira, Benepali worked quickly and effectively for me, settling my joints back down. I had loads of energy again and I didn’t have any morning stiffness. This worked out really well because I started working on-calls and the lack of morning stiffness meant I could get out of bed and get to my patients in the middle of the night without any issue.

I was on Benepali for about four months and then found I was allergic to it… major bummer! But we had figured out a group of medications that worked well for my arthritis, so I was started on my third Anti-TNF – Cimzia. Cimzia has worked just as well Humira and Benepali without the added side effects and I have been on it for nearly 15 months now. I still have some issues with my arthritis – namely flexor tenosynovitis of my dominant hand that has been refractory to steroids, but thankfully is responsive to a combination of Cimzia, Methotrexate and Sulfasalazine. It just goes to show that the immune system can be really determined.

No one’s arthritis is the same, but we are in an age now with the most ever rheumatology medications and there are many more in the pipeline. We are in the best place to manage inflammatory arthritis compared to where we were even just 20 years ago. I’m excited to see where rheumatology goes in the future… will we use blood tests to identify the inflammatory molecules responsible for individual’s arthritis and use molecule-specific medications to target these? Where will the role of rheumatology physio go? What new skills can we gain as physios in rheumatology/MSK?

I think everyone will join me in thanking Jenni for sharing her story, it brings home to me that despite my own difficulties understanding Rheumatology conditions it absolutely nothing compared to what the diagnosed go through. We must be better at recognising and referring people early enough that our Rheumatology Consultant colleagues can manage their conditions as quickly and as tightly as possible. Part 2 available soon…

As usual thanks for reading and don’t forget to check out my other blogs. Sign up for the Rheumatology.Physio newsletter for further resources and updates!

Imaging in Rheumatology for Physios

Imaging In Rheumatology – MRI for AxSpA

An Introduction to Rheumatoid Arthritis for Therapists